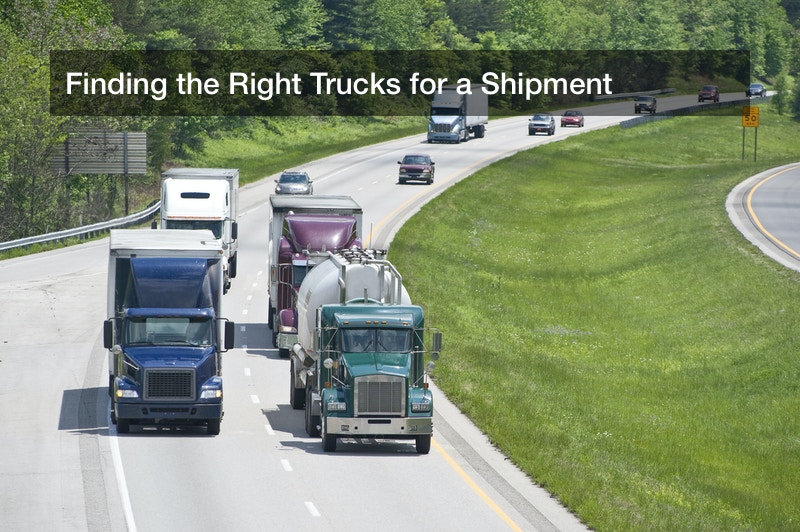 The United States is home to a truly vast freight transportation network to deliver raw materials, finished goods, and food all over the nation and indeed around the globe. Large vehicles such as trains, jets, and ships belong to the largest carrier companies, but don’t forget all the truckload carriers found in between them. In fact, the majority of carrier companies are on the small side, and while they can’t afford jets or trains, they can certainly afford to buy and operate semi truck and specialized transportation vehicles for the road. Such transport services are also quite affordable for smaller clients, and truckload carriers are a great choice for delivering groceries to a grocery store, pharmaceutical transport, delivering stock to retailers, and the like. Truckload shipping rates and travel times vary, so truckload carriers and shipper clients often meet via freight brokers to arrange the best possible deal for their money.

Expedited Trucking Transportation By the Numbers

Just how large is the truck transport industry, and how does it fit into the larger transportation industry in the U.S.? Some 12 million trucks, rail cars, trains, and ships are at work moving goods, and trucks have an advantage: they don’t need railroad tracks, an ocean, or airports to make deliveries. They can drive on just about any road and park at any building, and this gives truckload carriers an edge for making smaller deliveries. In 2013, for example, the trucking transport industry delivered 15 billion tons of cargo, and the Bureau of Labor Statistics predicts that by 2040, that figure may grow to 18.79 billion tons per year. Also, the value of freight is expected to grow from $882 per ton up to $1,377 per ton by the year 2040. Meanwhile, the Federal Motor Carrier Safety Administration says that some 5.9 million commercial motor vehicles are operating across the U.S., many of which are semi trucks.

How is a truck going to get the job done? There are some interesting options out there, one of which is known as LTL shipping, or “less than truckload.” While a larger shipper may pack several truck trailers full of items, a smaller shipper will only need a fraction of a single truck’s trailer for all its goods. It’s inefficient for the truck to carry a partial load, and the shipper doesn’t want to pay for unused space, so the solution is for the truck to carry several small bundles of cargo at once. Each shipper only pays for the share of space that they are using, and the truck company maintains its efficiency by carrying full loads at all times. Pallets, plastic wrappers, and straps can be used to keep cargo loads secure and separate from one another.

What about specialized cargo, such as hazardous materials or groceries? It is common for trucks to make deliveries for grocery stores, and while dry goods like pasta are safe in regular trailers, items such as meat, dairy, and frozen food would spoil. Instead, truckload carriers can use reefer trailers, which are refrigerated truck trailers with air conditioners and insulated walls to keep the interior cold. They can generate a temperature anywhere from -20 to 70 degrees Fahrenheit, depending on the cargo’s needs, and they vary greatly in size, from 28 to 53 feet in length. The largest reefers may be 13.5 feet tall and weigh as much as 44,000 pounds, too, for maximum storage. The market for these reefers around the world is huge and still growing, and just in the United States alone, 500,000 of them are currently in use. The global reefer market is due to grow at a CAGR of 4.8% from 2016 to 2026.

Meanwhile, some trucks are assigned to carry hazardous materials such as dry ice, nuclear materials, industrial waste, liquid nitrogen, or canisters of natural gas or oil. This calls for special measures, such as getting OSHA training and certification for all truck operators and related crew, not to mention equipment such as thick gloves, goggles, full body suits, or even respirators and face masks. Special tanker trailers, in particular, are used to transport liquid nitrogen, and they have a distinct appearance.