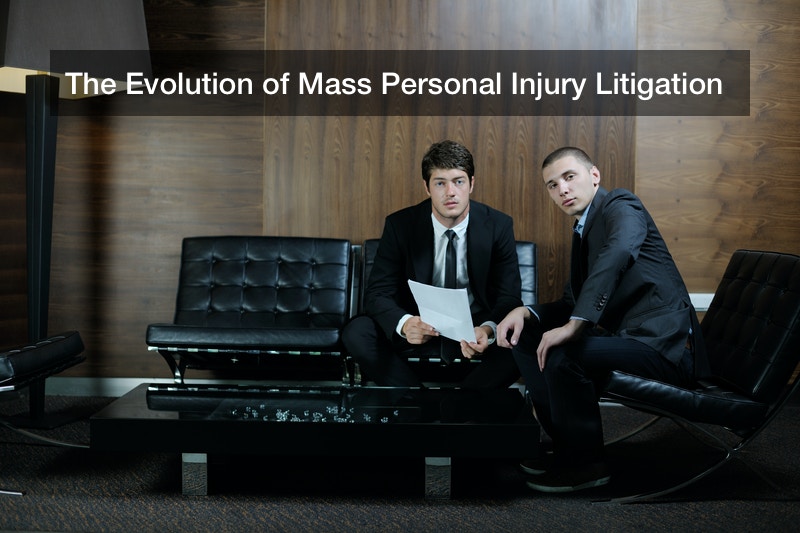 For those who were old enough to understand the power and politics of the 1980s, you’d remember this was a period associated with hundreds of thousands of mass personal injury litigation. People heavily protested and many corporations were sued for losses attributed to natural, catastrophic events, medical malpractices and negligence, faulty pharmaceutical products, or harmful substances.

These businesses and their insurance companies ended up paying billions of dollars in the form of building strong court cases, indemnification, and lawyers representing the plaintiffs closed the day rich and happy. What had just happened was an absolute shock to those corporations and this developed the apparition of mass liability by the insurers from certain markets that proved costly when it comes to litigation settlements.

The emergence of mass personal injury litigation was mainly attributed to diverse social interactions, trends, increased tastes and preferences for products, and mass marketing products — which particular exposed the public to potentially toxic and sub-standard products. But the FDA was also facing its fair share of challenges and the weakness within the system allowed more people to be exposed to harmful products hence mass injuries. Product liability especially accounts for the highest case of mass personal injury litigation.

Now came the era of technology, and from the year 2000, the internet became a thing and an integral part of people’s lifestyles. It’s what made the “world a village”. Social media later doubled as a marketing platform and it had a huge impact on how people literally live. From where to shop, eat, hang out with friends, propose to online shops, retailers, and manufacturers, social influences from the mass media were powerful. This, in turn, ushered the new breed of plaintiff law firms that helped the filing of mass tort claims.

The silver lining, however, for social media is that majority are now exposed to information and can understand the relationship between injuries and product exposure, how to go about the liability claim, and pitfall to avoid potential litigation. Product liability laws and regulations allowed the victims to sue for pharmaceuticals liability, pollution liability and product manufacturers. Doctrinal development and a lot of grey areas influenced the evolution of key civil procedures to facilitate the dispute process.

The change in procedures brought the possibility of resolving mass personal injury litigation as a single trial outcome. However, mass torts are still not easy to resolve because of several reasons. They include:

Mass personal injury litigation brings a unique challenge to the civil justice system that has led to procedural innovations in trying to find efficient methods of resolving these cases.