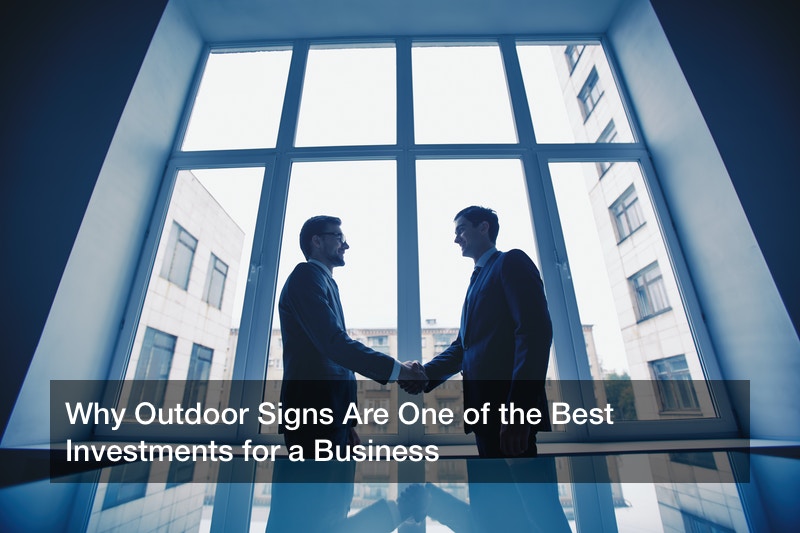 Business signage has multiple functions, apart from highlighting the location. It doubles as advertising, bringing in new customers, and also helps to communicate with the community at large. LED signs give you the flexibility to change messages on a regular basis, keeping people informed about events, deals and special offers. Adding signs to your business location helps to generate higher revenues, making them one of the best investments for your business.

Who reads signs, nowadays?
The answer to that question is, nearly everyone. Even though people see hundreds of signs every day, they have developed the ability to pick up on what matters to them. Commuters, shoppers, parents picking up school kids, all make up an audience that is exposed on a daily basis to outdoor led business signs. More than one third or 37% of respondents in a survey said that they look at signs each time they pass by one.
Further, when the signs advertise a service or product they are interested in, they will make a note of it. As many as 26% of respondents in another study said that they have taken the time to note down a phone number from a billboard, and 28% have noted websites. This means that signs get noticed, and they serve as a powerful form of local advertising.

How signage for businesses generates traffic
Not only do passers-by notice signs, they act on the information provided by the signs. That’s because as many as 68%, or over two-thirds of all shoppers make their shopping decisions in the car. Nearly a third or 32% of shoppers say that they have visited a business they saw advertised on a billboard the same week.
Both traditional and digital signs draw traffic and generate business. In fact, outdoor led signs can be one of the best investments for a business. In terms of generating increased traffic, outdoor business signage has the same value as placing 24 full- page newspaper ads throughout the year. That’s because as many as 85% of current and prospective customers live within a 5-mile distance of a business. Greater visibility can improve revenues significantly.

The benefits of led signage
LED signs give you greater flexibility than traditional signs, because the message can be changed and updated constantly. So it’s possible for a business to keep customers informed about special offers, discounts and deals. Business signage is also a great way to announce special events, and to connect to the community by supporting local events and charities.
LED signs are easy to operate, and the LED sign company that installed the signs will also typically do routine maintenance and repairs as they become necessary. They are built to be sturdy enough to withstand all kinds of weather and even resist vandalization.

One of the best investments a company can make is business signage. It increases visibility, draws traffic and improves revenues. Outdoor led signs can also help to communicate with the local community about special deals and events.